Why Did A Deaf Person Have to Die? 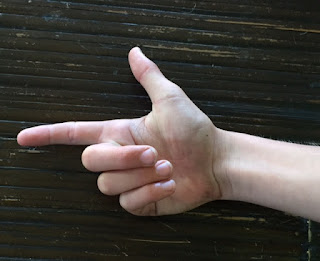 A North Carolina family is in mourning and questions are being asked.
The question is: WHY did that 29-year-old man have to die?  The answer: He didn't.
A man who was deaf and speech-impaired was trying to communicate by sign language.  He was not understood, in fact, he was so badly misunderstood that he was killed.  He was pursued by the police in his vehicle as he was driving home.  He was pulled over in the neighborhood of his Charlotte, North Carolina home. When he exited his car in an attempt to communicate with the trooper, he was fatally shot. This is a tragedy that could have been averted.  A crowdfunding site called YouCaring.com is raising money for the young man's cremation and service and left over funds are going toward a foundation "to educate and provide law enforcement proper training on how to confront deaf people."
The bottom line is that it is a good idea for the police to know some sign language.   Not everyone can hear and speak.  And they shouldn't be shot because of it.

Posted by Valerie R. Carter at 3:42 PM No comments: