For the Love of Language 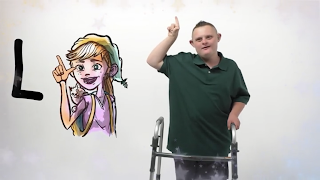 I have been in love with words for as long as I can remember.  With three older siblings, I was anxious to join in on the conversation.  As a toddler, I was just as eager to start reading, I would spend many a long rainy day with my Dr. Seuss books, enjoying the silly pictures as much as the silly words. As a very young want-a-be writer, I would create little stories and my mother would lovingly type them up for me.  Later as a teenager, I would type up my own stories, and in between spend seemingly infinite (or so my dad said) hours having endless conversations on the phone with my friends. We never tired of talking.  Talking, reading and writing were my passions. As a college student, I naturally became an English Major, which gave me an opportunity to read more, write more and do some public speaking as well (more talking).  As a young adult, I traveled to Italy and although I had limited Italian fluency, I adored the country and people but was extremely frustrated by my inability to express myself clearly.  I simply did not know all the correct adjectives and adverbs, nor did I have any kind of mastery of Italian verb conjugation.  It didn’t stop me from trying but it foretold a frustration that was coming in the future.

When my daughter Grace was born with Down syndrome, I never allowed the diagnosis to limit my expectations of her.  As time went by though, Grace was also diagnosed with Childhood Apraxia, a speech disorder that makes it difficult for children to speak. Children, like Grace can understand a great deal more than they can verbalize.  By the time Grace was in elementary school, even with the support of a variety of speech therapists, she and I were still unable to communicate the way we both would have liked.  It was at this time that we learned sign language together.  When it came to signing, we always integrated it with the spoken word and in this way, we were finally able to have conversations!  I wanted to share with others what we had learned and how it had transformed us.  In 2012, I founded GraceSigns, an educational technology company creating reading and sign language apps for mobile learning.  In 2015 we converted to a non profit organization and have since launched two successful apps: Sign Me A Story (Yes, I took my love of reading and writing and added video signs!) and Sign Me ABCs (teaching the alphabet in sign language with animals, music and games). We have been very lucky to get a lot of wonderful publicity, unbelievable volunteers from all over the world and lots of community support.  Our organization was just recently awarded an impressive grant from the Global Down Syndrome Foundation to create a third app: Sign Me A Sentence.  Our mission continues to be about teaching sign language but just as importantly, GraceSigns is focused on INCLUSION, our sign language demonstrators, our content and our social media presence include differently-abled children, children who just want to be seen, heard and understood.

Did I become the writer that I had envisioned for myself as a child? No. God had another plan. Instead, He took me on an amazing journey, an adventure as incredible and interesting as life itself.